During a self-drive long weekend trip to Transylvania you can visit Bran and Peleș castles, the medieval cities of Brasov, Sibiu and Sighișoara and the imposing fortified church in Biertan. And yes, you will find out Dracula's story. 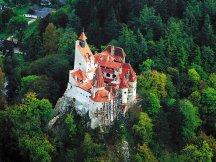 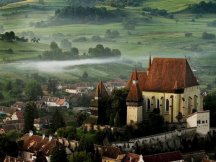 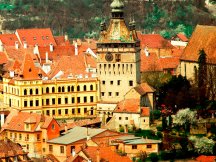 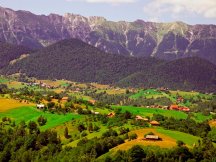 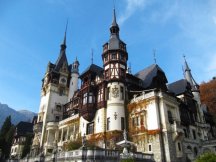 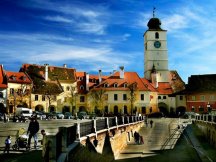 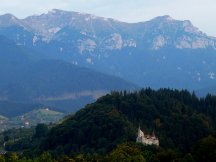 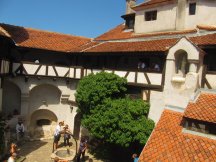 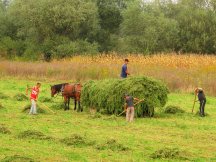 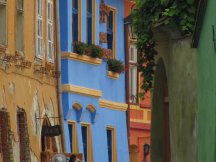 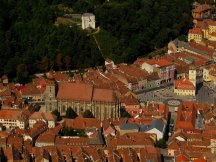 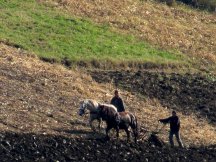 Day 1 of your weekend trip to Transylvnaia

You will transfer to Sibiu to discover a wonderful medieval town which still has many of its defensive towers, walls, historic buildings and impressive squares.

Sibiu was Europe’s Cultural Capital in 2007 and hosts many thematic museums: art, history, pharmacy, trains, Saxon heritage. It is also home to the biggest open-air museum in this part of Europe, dedicated to the Romanian village and traditional life.

You will travel from Sibiu to Sighisoara, Europe’s most beautiful medieval fortified citadel, the birthplace of legendary Vlad Țepeș (the Impaler) also known as Dracula. Here you can ramble through the narrow cobbled streets, climb to the main tower which hosts a history museum and walk to the church on the hill.

On the way to Sighisoara you can stop at Biertan to admire the most imposing fortified church in Transylvania. Both Sighisoara and Biertan are UNESCO World heritage sites.

You will visit another charming medieval town: Brașov, set at the foot of the mountain and with beautiful architecture. Here you can visit the centuries old defensive towers, citadel, Black Church and central square. You can also have a 2 hours hike on Tampa mountain for a wonderful view of the town.

In the afternoon you’ll discover Transylvania’s most famous castle in Bran due to its association with Dracula; it’s time to find out the truth about the character and see the castle with your own eyes.

Interested in bears? Then you have the opporunity to visit a bear sanctuary where more than 60 bears live in a natural habitat.

You will then travel to Sinaia and step on royal soil, home to charming Peleș and Pelișor Castles set in wonderful mountainous setting.

You can end the trip in Bucharest, Cluj, Sibiu or other cities in Romania.

If interested in this weekend trip to Transylvania, please send us an inquiry, we can easily further tailor this trip.

After a devastating Mongol invasion of South-Eastern Transylvania in the 13th century it was decided to build powerful fortifications that would resist future attacks. Consequently many towns were fortified, seven of them standing out thus giving the name of the region in German language: Siebenbürgen.

To protect villages, their churches were surrounded by massive protective walls creating fortified churches, many still exist and give the countryside a charming look.  Seven of these fortified churches are now part of the UNESCO World Heritage and together with villages got the attention of Prince Charles of Wales who’s their most vocal promoter and conservation activist.

The region used to be populated by German Saxons who were brought to defend and develop the region by Hungarian rulers starting with 12th century; they withdrew during communism regime and now a small minority exists. Nevertheless, German and Hungarian are spoken in the region.

The region is at the foot of Romania’s highest mountains which are covered with thick forests and rich in wildlife making trekking and biking very enjoyable.

The 7 medieval fortresses are:

The 7 villages with fortified churches part of UNESCO World Heritage are:

After further tailoring, as needed, and agreeing on the final trip plan and price, to make a reservation the full amount should be paid. Payments can be done through bank transfer or cash; through paypal transaction fees apply.

The prices for Christmas, New Year or Easter might be different since hotels usually increase their prices.

Please confirm the dates with us before booking your flights.

3* pensions and hotels with private bathrooms. In Sibiu and Sighișoara you will stay in boutique hotels in historic buildings which preserve the traditional German Saxon architecture and furniture. In Bran you will stay in a modern villa.

The prefered cities to start and finish this tour are: Bucharest, Sibiu, Brașov, Cluj-Napoca and Tîrgu Mureș. So it depends on how you travel to Romania, from Sibiu and Tîrgu Mureș you will drive the least on this itinerary.

This is a self-drive tour, someone from your group will drive, we will provide you with all the directions and a detailed map.