Villages with fortified churches from Transylvania

The villages with fortified churches from Transylvania were developed between 13th and 16th centuries to protect Southern Transylvania from invaders. 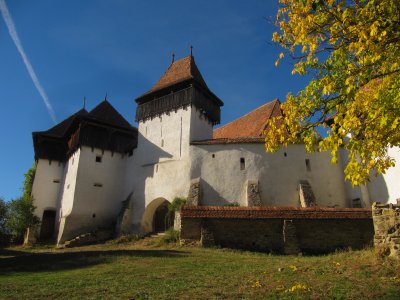 Protective walls were built around the churches, the most important building in a village, to shelter the villagers from attacks.

The villages with fortified churches from Transylvania were built by the German Saxons who were initially invited by the Kings of Hungary to defend South-Eastern Transylvanian boarder following previous devastating Mongol-Tatar horde and Ottoman Empire invasions. Thus, they were granted sufficient amount of land and autonomy. 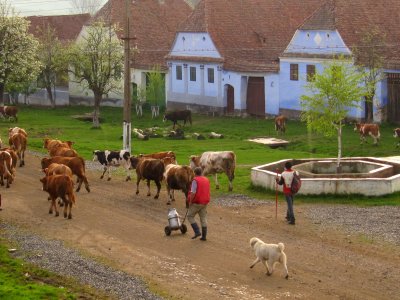 In those times Saxons had a special status in Transylvania and their authentic communities of farmers, artisans and merchants managed to thrive for many centuries and preserve their unique heritage.

Today we witness an amazing fact - there are nearly 150 well preserved villages with fortified churches in Transylvania - the biggest number of existing fortified churches from medieval times in a single region. They have similar construction plans which has common Saxon patterns of architectural style, farming practices and traditions, which can be characterized by quality, long-lasting, regenerative, pragmatic, medieval.

A traditional Saxon village is small and built in linear pattern. Village's blocks of houses are chained with the typical stone gate entrances with a big door that can accommodate a carriage with hay. All the houses have a unique style rooftop, façade and windows, and their courtyard and barn spacious enough to keep the livestock comfortably. Also, there is a way from the courtyard straight to the arable field. Altogether, Saxon villages with fortified churches are an ecosystem on its own right, which serves as an outstanding example of sustainable life for people, their animals and the land.

Nowadays, original Saxon villages and typical peasant lifestyles are under  threat of disappearance. Ethnic Saxons fled to Germany during and short after communist come to power, thus leaving villages empty and with them collapse of a thriving community. Modern farmers from Saxon villages in

majority of cases are not German Saxons, and they do not have resources for maintaining medieval buildings. Thus, they renovate them in a modern fashion which disrupts the architectural orchestra of the original design. In addition to that, agricultural development that comes with the accession to the European Union puts under risk the small scale sustainable farming practices.

By now these villages with fortified churches serve as a vivid non-ageing cultural landscape of Transylvania, seven of them are enlisted in the UNESCO World Heritage List:
•    Biertan
•    Câlnic
•    Prejmer
•    Viscri
•    Dârjiu
•    Saschiz
•    Valea Viilor

Some of the villages with fortified churches can be reached by bus being on the main road from Sebes, to Sibiu, Sighisoara and onwards to Brasov like Cristian, Saschiz, Axente Sever, Danes, Rotbav. Train connections are generally poor.

Many of the villages though are hard to reach and a private car is needed to get there. 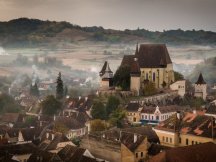 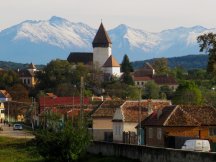 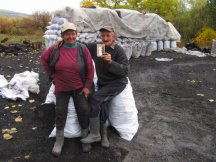 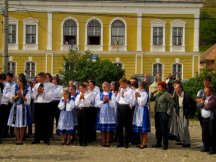 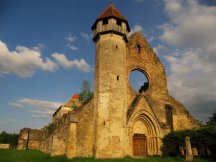 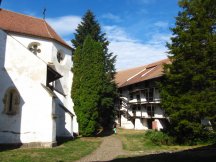 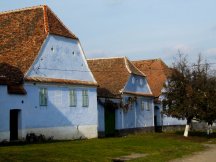