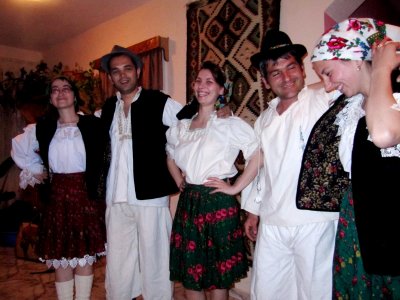 Romania hosts 21 million people, as many as Australia or Sri Lanka. In the past decades the population shrank by 2 million mainly due to migration to Western Europe. The largest ethnic groups are Romanian - 90%, Hungarian - 7% and Gypsy - 2%. Small German, Serbian, Ukrainian, Tatar, Slovak, Czech, Aromanian, Polish, Slovene and Bulgarian minorities are scattered around the country.

Bucharest is the capital and largest city with a population of 2 million, followed by Iași, Timișoara, Cluj and Constanța with populations of just over 300,000. 45% of the population lives in rural areas while 55% live in urban areas.

About people from Transylvania

Ever since medieval times, the population of Transylvania has been consisting of ethnic Romanians, Hungarians (Székely), Germans (Saxons), Slavs, Bulgarians, Armenians, Jews and Roma (Gypsies).

Intense emigration of Hungarians and Germans under the pressure of Romanian government in the first part of the 20th century and after the fall of communism redistributed the presence of ethnic groups. Currently in Transylvania over 7 million people live, 75% are Romanians, 20% Hungarians, 3% Roma and 1% German.

Among rural Romanians there are some distinct groups based on their ethnicity, geographical presence and connection with nature.

Moți (forest people) are those peasants who live close to the forests of Apuseni Mountains, Western Carpathians. They are skillful wood crafters producing authentic artisan objects useful for both daily living as well as for decoration purposes.

Shepherds dedicate their lives to sheeps, cheese making, breeding and most important pasture. In the cold time of the year shepherds pasture their herds in valleys, while during the warm times they take their herds high up in the mountains for 5-6 months without returning to their villages; this process is known as transhumance.  Shepherds always are accompanied by huge dogs that stay around the flock 24/7 to protect them from predators such as wolves and bears. 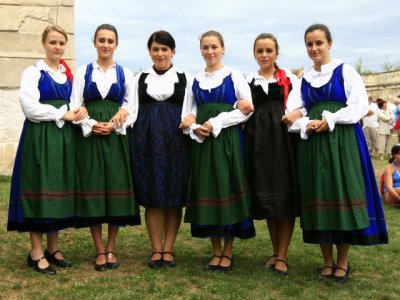 Hungarians are the biggest minority group in Transylvania, which persistently preserves their culture and traditions. They speak Hungarian as their first language and celebrate their traditions with their ethnic music, dance and food.

Roma, also known as gypsy, travelled to Eastern Europe from India centuries ago, many still live a nomad life and hold to their strong culture. Gypsies have several distinctive occupations such as brickmaking, forging, trading and most famously, music. Wealthy gypsy families can be identified by erecting the "royal" style mansions throughout Romania. By coincidence the words "Romanian", which comes from Roman is similar with "Roma", which comes from gypsy language, meaning "man".

People of Transylvania are warm hosts who gladly involve you into their daily activities and share secrets of cooking, caring for livestock, farming, and craftsmanship.

The real taste and aroma of food grown at the nearby garden is an inseparable tradition of living in Transylvania. The food is fresh, natural, and local. It means unforgettable taste that is taking you back to memories of childhood, and at the same time nourishing your body and strengthening the health.

If you are considering having a tour of Romania or Tranylvania region alone, we can help you tailor it as you wish.